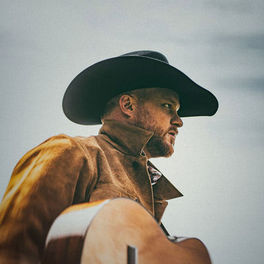 Ain't Nothin' to It

Treasure / Son of a Ramblin’ Man

'Til You Can’t / Longer Than She Did

Welcome to the Show

With an independent catalog six albums deep and nearly 300 million on-demand streams accumulated largely in the last year and a half alone, Johnson has established a rabid following of loyal fans who thirst for his unique and authentic brand of country music. The aptly named CoJo Nation regularly flock to sold-out shows in over two dozen states and purchased over 350,000 hard tickets in one calendar year. Earlier this year, Johnson became the first independent artist to sell out the Houston Rodeo at NRG stadium with over 75,000 tickets sold. The former rodeo bull rider, turned prison guard, turned budding country star is known for his explosive live shows and electrifying stage presence. Earlier this year Billboard declared, “Cody Johnson is the real thing.” His new album Ain’t Nothin’ to It is available now.