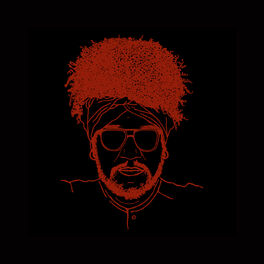 Regardless of asserting himself in the creation of two records with his own songs, identified with his own signature, the Sergipe-based singer- songwriter from Bahia, Alex Sant’Anna is not just a one man. Besides “Aplausos mudos, vaias amplificadas” (2004) and “Enquanto Espera” (2015), released through a crowdfunding campaign, it is necessary to mention his work with the band naurÊa, where he has released three records and made several internationals tours, his collaborations in many projects such as A Banda dos Corações Partidos and his movies and theater soundtracks. As an inspired artist, excellent songwriter, Alex is a multi-talented artist and it is the only way to handle that amount of work, due to his diversified art. Alex Sant’Anna did what he could to keep up with his solo career while embracing the world with naurÊa. He released the Eps “Cansado” (2011) and “Fragmento” (2012). Also, already had his songs included in compilations like World Music: South America Brazil (2013), and What’s Happening in Pernambuco (New Sounds of the Brazilian Northeast) (Luaka Bop, 2007) and already shared the stage with artists such as Tom Zé, Manu Chao, Shantel, Isaar, Dj Dolores, among others. Furthermore, Alex has performed in Fairs and Festivals as Porto Musical (PE), Feira da Música de Fortaleza (CE) and Popkomm (Germany). With a keen awareness of his time, he released the EP “Insônia” in 2017. Besides the three songs included, in which Alex expands the soundscape present in his previous work, he brings along a homonymous music video directed by Baruch Blumberg, which leads Sant’Anna’s work to a flirt with psychedelic music through a construction that goes from the script to the movie creation in a dance of symbols, in order to find meaning inside the viewer’s emotion. This affair with psychedelia reflects what is already noted when the audience hears the song. From this one EP, another two music videos were released, complementing the so-called anxiety trilogy along with the songs “Insônia”, “Fudeu” and “Tudo”. In 2019, through another successful crowdfunding, Alex got the financial support he needed to record the third CD, “Baião Amargo”, the one where he challenges himself to explore the influences of Black, Afro-Caribbean and Brazilian music, specially the genre “forró”. This album will put an end to the expectation cultivated over the last two years since the release of “Insônia” EP. There will be ten unreleased songs with the arrangements and lyrics inspired in the usual bitterness, what reaffirms that the best is yet to come.