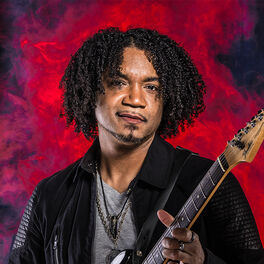 Jeff Paige is originally from Boston but lives in Atlanta. He is a multi-instrumentalist singer song-writer who produces his own work. He was nominated in the 2018 Black Reel Awards for Best Original Song, for the song "Best of Me" in the Indie Film "La Vie Magnifique de Charlie". Jeff Paige's music is littered with influences from artists such as Lenny Kravitz, Prince and Stevie Wonder. His creative works are a powerful fusion of Funk and Rock with sprinkles of Jazz and Blues.