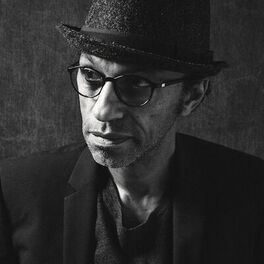 Manu Katché is a gifted French drummer and percussionist whose work has featured on some of the top albums recorded by some of the world's most successful recording artists. He was ranked among the top 100 drummers by Rolling Stone Magazine, earning his place in the list through the quality of his work with Sting and Peter Gabriel.

Katché was at the forefront of a revolution which took place in drumming during the 1980s when artists looked for something different from the standard rock and pop drum patterns which were the staple offering during the era. World music was becoming influential in many aspects of rock and jazz and Katché became the consummate session drummer effortlessly creating rhythms and drum sounds quite unlike anything which had been heard before.

Able to switch with ease between rock, jazz, reggae and almost any genre in between Katché is also an innovator able to create his own style. An example of this is his work on one of Gabriel's early albums where his drumming throughout the entire album is played without the use of cymbals for accents, a very unusual technique for a drummer and virtually unheard of in popular music.