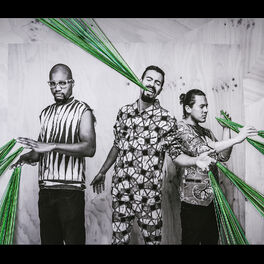 by Bagar aka Tricky D

Salsangroove is a band from Bogota created by Pablo “Watusi” Martínez, Juan Felipe Cárdenas and Juan Carlos Arrechea. The experience of their members who have contributed to the sound of important music groups like La 33, La Mambanegra and Chocquibtown, gave rise to an interesting mix between salsa and electronic sounds which has led this Colombian group to countries like France, Spain and Holland. Their first album received the nomination to the Latin Grammy Awards 2017 in the category “Best Tropical Fusion Album”, and reviewed by the local press among the best albums of 2016. With a unique repertoire where they reinterpret salsa classics and their own compositions, Salsangroove proves why they are considered as one of the bands with more proyection in Colombia.