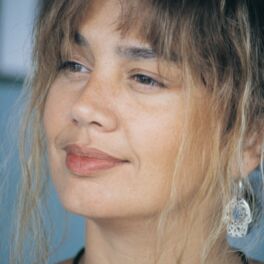 Sezen Aksu’s journey started in July 13th, 1954 on the Aegean Coast of Turkey where she spent all her early youth and student years. Having realized at early ages that what really mattered was the soul, she headed for fields that would spiritually nourish her. Through her journey she realized that music was her savior. Since her childhood, she has been singing to express all of her feelings. Most of the songs she performs are composed and written by her self. Since the beginning of her professional career in 1975, Sezen, with her lyrics and songs, has had the chance to be one of the rare artists to share her life posture and philosophy with her audience and thus could obtain an unshakable community of her own. She looks at life from a window that most of us can not and shares every detail she sees with her audience. Through more than 400 songs she has written, she illustrates everything with perfectly chosen words; especially ‘Love’. Love is and has always been her battle field that she conquered with her awakening lyrics as well as heart moving melodies. Her deep interest and familiarity in literature transpires through her song lyrics that are sharply plain in sense; yet very well mastered. Her book titled “Missing Poem” is a consequence of the remarkable poetic features of her lyrics. Through the wide open doors of her perception nothing can easily trespass; especially the things that are related to being inappropriate or to what are considered as sinful. Her songs remind us of a world freed from dogmas. It is her passionate enthusiasm and questioning attitude that makes her be more aware of humanity, of other lives and innermost feelings, briefly of life itself. Through her provoking voice, she reminds us of the uncorrupted human nature. Our most untamed human feelings come into being through her lyrics and music. She has an issue with little details of life which are neglected due to daily rush and sometimes which are unspoken because of ignorance or moreover of fear. Her compassion triggered by her intuitions, makes her all ears towards every call; independent from any social, racial and national discrimination. She was there for Turkey’s biggest natural disaster, the 1999 earthquake with her aid concert. She was also in Greece when they experienced the similar disaster. However, her unlimited compassion turns into an admirable and provoking courage against every fact that is against common conscience. There have been times she sang to make ‘Saturday Mothers’ be heard, whose children were lost in police custody. And there have been times she sang in different languages for the sake of unity and peace of different ethnic roots living in Turkey. She supported the biggest education campaign for daughters to be sent to school in undeveloped parts of the country and she raised the matter to the level of the national agenda with her concert tours and related album. She cherishes the bright side of life too. She gives rise to hope. She enjoys life and encourages her audience to enjoy it to the fullest. She uses her acting skills to put a smile on their face during her concerts. Her fun and humorous side reveals itself in her concerts. Joyful stories that have a ‘stand up’ like narration taste is another magnetic force that pulls thousands of people to her concerts. She believes in the sincerity of the relationship built during the concerts. She has held more than 1500 concerts in 20 countries including charity organizations. She shared the same stage with different artists from different countries. Her international audience all over the world found many things in common in her voice and songs that reached the maturity and level of universalism. It is not a coincidence that her success chart always heads upwards. She has been honoured more than 200 times in 30 years. She has been selected as the ‘Artist of The Year’ numerous times. Through out her 10 singles and 27 albums, she has been in the pursuit of bettering herself, without trying to prove anything to others. Since her songs are able to keep the social pulse skillfully and address the common sense naturally, they have been embraced by her confirmed audience the moment they had been released. Her albums have sold 20 million copies in total over the years. Her songs were performed by over 100 different artists. She introduces many new talents to Turkish music arena as their producers. In her world, freed from envy, she finds enormous pleasure in their success. In brief, Sezen Aksu, without being like any of us, writes songs for us.