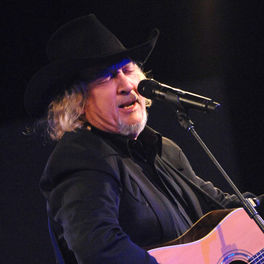 by John Anderson, His Military Brats

John Does John and More - [The Dave Cash Collection]

Have You Met Miss Jones?

No One Ever Tells You

During a career spanning three decades the country singer John Anderson has been in the charts almost every year of his professional life. With more than 20 studio albums and 64 singles to his credit he has become something of an institution in the world of country music. His best known work is the 1992 album 'Seminole Wind' which was certified double platinum and spawned four hit singles, 'Straight Tequila Night', 'Let Go of the Stone', 'When It Comes to You' and 'Seminole Wind'. The album featured Dire Straits' Mark Knopfler and Buddy Emmons on steel guitar and it cemented Anderson's reputation as a premier county artist.

As a young man Anderson was a rock musician who played in a variety of bands until he moved to Nashville in 1971 and immersed himself in the country scene. After signing to Warner in 1977 he immediately began to make the charts and had a number of successive hits. His breakthrough album was his 1982 release 'Wild and Blue' which launched his career across the US and paved the way for the later success of 'Seminole Wind'.