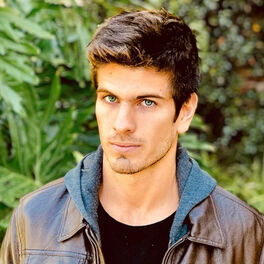 To the Eternal Sky

I Was Told to Be Quiet

What's New on Because?

I'll find my way to you

Handle Me With Care

Mike Elhaiek (b. 1994), better known by MOMO, is a professional music producer focused on EDM (Electronic Dance Music). His musical framework is located, he says, at that place “in which pop music meets EDM”, and his output blends elements from Dance Pop, House, and Tropical House. A multi-instrumentalist, MOMO has been Mike’s full-time project since 2015, a career he undertook after obtaining his bachelor's degree in Economics (honors diploma). MOMO, had a first hit with his single “Can’t Fear the Night”, released in 2016. This cut was a knockout sensation in Europe and ended up in that year’s “Germany Viral 50” Spotify list. To this day, it has surpassed 2 million streams. After his first smash hit, MOMO upped the ante with a string of successful releases, including his guitar driven tune “Save Me”, a tropical house undertaking which has crossed the million-streams landmark and was essential for expanding MOMO’s fanbase to Mexico. Despite his fanbase being mostly in Europe, MOMO has taken measures to ensure his success within his homeland: leveraged by his songs gaining streams in the international scenario, he signed a 10-song contract with Pirca Records. With this agreement, Pirca and MOMO have ensured a steady presence of EDM in pop-oriented radio: “Other Side”, MOMO’s first release on Pirca, has put MOMO on hit stations across national FM, both in Argentina and Uruguay. The single, an open letter to late Swedish producer Avicci, is just the first release that MOMO and Pirca will promote on the airwaves.