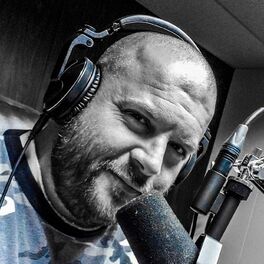 Welcome to The Huba Show PØDCAST! Coming to you from The Broadcast Capital of The World in Schenectady, New York! This is the birthplace of Radio and Television! Schenectady is also known as "The Electric City" and the original home of General Electric (GE). I host a general entertainment PØDCAST. A wide variety of unique topics and ideas in every episode. I became involved with radio at the age of five. It started out with Fisher Price Walkie-Talkies and grew from there. When I was a teenager I purchased my first police scanner so I could hear the airwaves. Around the age of twenty I became involved with CB radio, aka Citizens Band. My CB handle was Thacher, because I liked riding up to John Boyd Thacher State Park to talk on the radio. It was the highest point locally with nearly a 100 mile view. The ultimate location for anyone that loves radio. Soon after that I became an Amateur Radio Operator in December 2002. It was from that point on where I developed and conditioned myself to talk for very long periods of time about literally anything. This ultimately played a helping hand in working as a commercial broadcaster for a period of time in my life. There are three different microphones I use for my podcasts. The Aston Origin microphone, the Shure SM7B Cardioid Dynamic Microphone or the RØDE Podmic. It depends on what I'm trying to do. All of my recent podcast audio is HD quality. I take great pride in what I do and how I sound. Your ears and I will become friends. Thanks for listening!