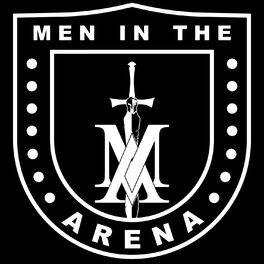 Men in the Arena Podcast

When a man gets it, Everyone wins! To be called a Man is the greatest title one man can give another. Males are born but men are made—forged in the fires of right choices over time. Males and men are different. A man is a breed apart from his male counterpart who masquerade as men but are nothing more than boys with pubic hair. Males talk. Men act. Biology doesn’t make the man. Age doesn’t make the man. Success doesn’t make the man. Money doesn’t make the man. The law doesn’t make the man. A man is as a man does. Is this participation-trophy era of the impotent male the lines have become blurry. Listen, laugh, and learn about manhood, masculinity, leading your family, purity, discipleship and Christian service with Jim Ramos and producer Dale Collver as The Men in the Arena Podcast draws a clear line in the sand between males and men. The men in the arena society’s anonymous heroes who choose victory over defeat, attack over retreat, fight over surrender, and action rather than lip service. Jim is a nationally sought-after speaker and the author of nine books including the popular Field Guide—A Bathroom Book for Men with 365 daily readings. If you’re man enough to lead the way in long-term transformation check out our five-book The Man Card Series at www.meninthearena.org and start a team in your neck of the woods! Jim Ramos is the author of nine books including the Daily Field Guide Defining Manhood—the bathroom book for men. Jim’s a nationally sought inspirational speaker and founder of a men’s equipping organization called Men in the Arena.. Subscribe and leave us a positive review.