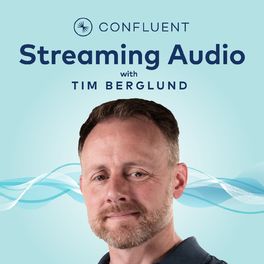 Streaming Audio is a podcast from Confluent, the team that originally built Apache Kafka. Host Tim Berglund (Senior Director of Developer Advocacy, Confluent) and guests unpack a variety of topics surrounding Apache Kafka, event stream processing, and real-time data. The show covers frequently asked questions and comments about the Confluent and Kafka ecosystems—from Kafka connectors to distributed systems, data integration, Kafka deployment, and managed Apache Kafka as a service—on Twitter, YouTube, and elsewhere. Apache®️, Apache Kafka, Kafka, and the Kafka logo are either registered trademarks or trademarks of the Apache Software Foundation in the United States and/or other countries. No endorsement by The Apache Software Foundation is implied by the use of these marks.

This Week in Tech (Audio)

The From Burnout to Recovery Show with Dr. Kate: Your Journey to Recovery Burnout Starts Here