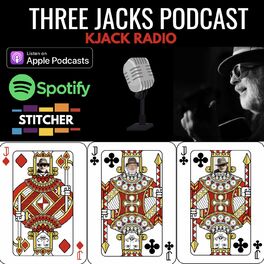 Jack Tempchin may be known as a legendary hit songwriter whose two best-known compositions include, “Peaceful Easy Feeling” and “Already Gone."His songs have been recorded by The Eagles, Glenn Frey, George Jones, Trisha Yearwood, Glen Campbell, and many more. Each podcast episode includes three of Jack's songs. Along with commentary and discussion with Jack behind the making of each song played in the episode.

Get Happy With Dr Marissa Pei