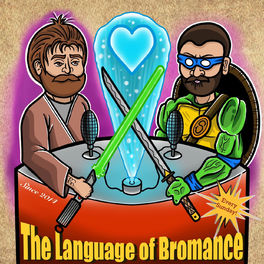 Language of Bromance is a weekly Improv Comedy Podcast that was created by Richard and Shawn in 2014. Releasing a new episode every single Sunday featuring new weird stories from history, news, movies, and more. The duo has performed live at the Kansas City Comic Con, Planet ComiCon, The Chicago Podcast Festival and more. Language of Bromance has also been featured as part of Kevin Smith’s SmodCo Pod U and BBC Radio Show World Have Your Say. A few stories Language of Bromance has covered are The Great Emu War, The Ninja of Heisei, and Lioness of Brittany. The duo has also created staple episodes where they draft from specific topics, LOB Movie Pitch, Brolloween to celebrate Halloween season, and Super Question.

So Grosse Such Pointe Much Blank