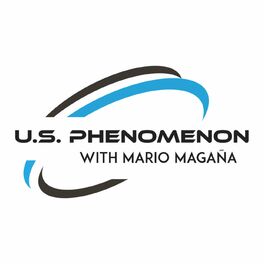 It all started 20 plus years ago, driving home from working a swing shift. I turned on the radio and heard a voice that was electric. It happened during the middle of the segment when the topic was about UFO’s. Next thing I know I’m home. I was pulled into the conversation that I felt like I was with the host and the guest hanging around the water cooler. I would tune into the show nightly until I was moved from swing shift. After that I would tune in from time to time. When Art Bell left the show. Some of the host's fill in were just not the same. Art Bell was able to ask the questions without feeling like he was leaning in any direction. After the Art Bell chapter closed on the show, I would still tune in from time to time. Was it Art or was it the show brand that I loved so much?Fast forward 2020 I was hosting a radio weekend shift at the heritage station in Seattle from 6am to 12pm, When we got rocked with the pandemic I was asked to take a leave from my on air hosting duties till further notice. That's when I came up with the idea to continue with a podcast. My goal was to interview local people and restaurants with a goal to find an amazing place to get good eats. After a couple podcasts during some of the taping it would somehow turn to the paranormal topic. It would spark my interest in what others could learn. It was during an interview with Robert Lang from Lang Studio chatted about the ghosts that sparked me to make the change and rename the show U.S. Phenomenon.