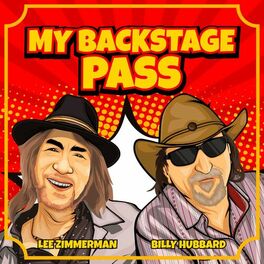 Join hosts Lee Zimmerman & cohost Billy Hubbard as they take you backstage for conversations with singer songwriters, musicians, and music industry professionals! Host Lee Zimmerman is a freelance music writer whose articles have appeared in several leading music industry publications. Lee is a former promotions representative for ABC and Capital Records and director of communications for various CBS affiliated television stations. Lee recently authored "Americana Music - Voices, Visionaries & Pioneers of an Honest Sound" which is now available on Amazon and other outlets. Lee also played a key role in securing airplay for Jimmy Buffett’s first major hit, “Margaritaville” so you can blame him for the fact that it’s become something akin to a Parrot heads’ national anthem! During his time at Capital records Lee also worked with such legends as Paul McCartney, Bob Seger, the Steve Miller Band, and others. You can contact Lee at lezim@bellsouth.net. Podcast producer/cohost Billy Hubbard is a Tennessee based Americana Singer/Songwriter and former Regional Director of A&R for a Grammy winning company, as well as a music and podcast producer. Billy is also the venue developer and booking manager of The Station in East Tennessee. As an artist Billy is endorsed by Godin's Simon & Patrick Guitars and his YouTube channel has over 3 million viewers. You can find Billy Hubbard online at http://www.BillyHubbard.com *My Backstage music intro/outro credit: Billy Hubbard 'Waitin' On The Wind" available on all outlets and iTunes at https://music.apple.com/us/album/waitin-on-the-wind/1212970936?i=1212971289

The 420 Workout by MCMD OF BLMD

Monteverdi and his constellation

The Sons of Metal Podcast

IN THE GROOVE MIX