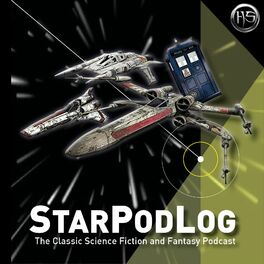 Starlog was a monthly science fiction magazine that began publication in the 1970s with a primary focus on the making of sci-fi media – books, films, and television shows – and the work that went into these creations. The periodical examined all aspects of geek culture and used interviews and features with artists and writers as its foundation. Join your hosts of StarPodLog, Nayr and Kavura, as they reminisce about this incredible magazine!

Peeling Back the Layers of Your Life®