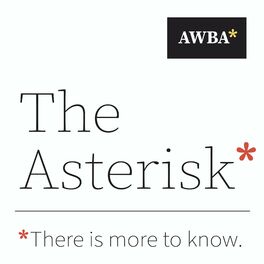 The Asterisk* is a production of the Anisfield-Wolf Book Awards (AWBA), the only juried prize to honor outstanding books that further our understanding of racism and our appreciation of the rich diversity of human cultures. An asterisk is a reference mark, indicating an omission. With that definition in mind, each episode will delve into some of the holes in our knowledge about an esteemed AWBA winning book.The Asterisk* is hosted by Karen R. Long, the manager of the Anisfield-Wolf Book Awards. Long came to the Cleveland Foundation in 2013 after eight years as book editor of the Plain Dealer in Cleveland. She continues as a literary critic and served until 2016 as a vice president for the National Book Critics Circle.For over 85 years, the distinguished books earning Anisfield-Wolf prizes have opened and challenged generations of minds. Cleveland poet and philanthropist Edith Anisfield Wolf established the book prizes in 1935, in honor of her father, John Anisfield, and husband, Eugene Wolf, to reflect her family’s passion for social justice. Today it remains the only American book prize focusing on works that address racism and diversity. Past winners have expanded the humanities, illuminated the extraordinary art and culture of peoples around the world and broadened our understanding of rights and identities as well as our sense of whom is entitled to them. The Cleveland Foundation, the world’s first community foundation, has administered the Anisfield-Wolf prize since 1963.

Romance at a Glance

The Star Wars Archives by Youtini