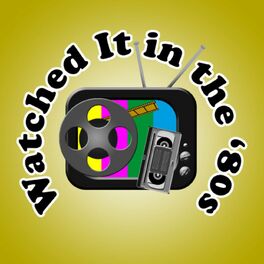 Watched It in the '80s is a podcast that dives into some of the great films and TV shows from that nostalgic decade known as the '80s.We'll talk about movies from different genres like Comedy, Drama, Action, Horror, Sci-Fi. Award winning films and some that fell short. Movies we remember and some we've forgotten. We'll discuss our top scenes, mention our favorite quotes, and talk about the writers, directors, actors, and actresses and what they may be up to now. We'll share some box office numbers as well. But Watched It in the '80s isn't just a movie podcast. We'll have special episodes dedicated to TV shows too and reminisce about some of their more popular episodes and where the cast is today.