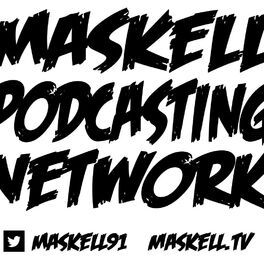 The Maskell Podcasting Network is an uncensored podcast network produced by Jordan Maskell, a journalist, producer and podcast host from Vanessa, Ontario, Canada. Maskell holds an advanced diploma in Print and Broadcast Journalism from Mohawk College in Hamilton, Ontario and is passionate about media. Conceived in early 2012, the original idea of the podcast network was to have raw conversations with friends and interesting people about important issues, current events and themselves. Recurring topics include current social issues, news stories, drug prohibition, corruption, MMA, science and technology, privacy, music, politics, social media and free speech. While The Maskell Sessions is the flagship show, episodes of Maskell’s other show, Uncensored with Jordan Maskell are also available, as well as Liberty Uncensored with co-host and fellow journalist Matt Marcone. The pair has broadcasted together since their days on INDI 101 at Mohawk College and on their former show, Podcasting with Marcone and Maskell, which began in 2011. Marcone also hosts, Marcone Investigates on the network. Previous episodes of Podcasting with Marcone and Maskell, Chronicles on Queen and The Michine Gun Podcast are available in the podcast archives on Maskell’s official website, MASKELL.TV. You can also follow Maskell on Twitter at @Maskell91.