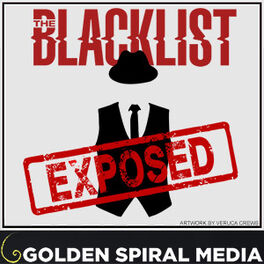 This 2017 Academy of Podcasters Award Winning TV and Film discussion looks at the world of Raymond Reddington and all his criminal exploits on Sony Pictures Television’s hit show, The Blacklist. With weekly episode analysis, in season interviews from Megan Boone and the cast, as well as discussions with the crew and creator Jon Bokenkamp himself, Troy and Aaron make this the one place for post show theories and analysis including thoughts from YOU! What are you waiting for? Subscribe today before you end up on The Blacklist!

Conversations with a Cinephile

Next Round On Me