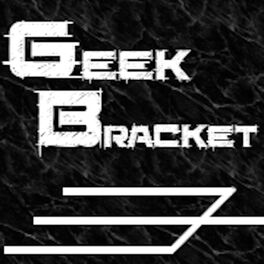 The Geek Bracket - A Trivia Podcast

The Geek Bracket is a five-round podcast where three players compete to earn the most points and be the winner of that week’s Geek Bracket. Players choose from categories on the following topics as well as a monthly rotating category created by a special guest expert for that month’s brackets. Television – Anything occurring on Television Theatre – Includes Movies, Plays, and Musicals Literature – Including Novels through the present day Popular Literature – Including Anime, Comics, and other popular or serial fictions Gaming – Includes Video, Tabletop, and VR Music – Includes Popular, Instrumental, and Classical Innovations – In Technology, Business, and Architecture Sports – Any League, Discipline, or Genre Players play a Lightning Round of general knowledge questions in the above categories as well as six of the nine categories for that week. Players can also bet points they’ve earned on a Double-Up list (placing a list of five things in order) and a hyper-challenging two-part Final Bet to outsmart their opponents and be named that week’s winner! Guests on the show are competing in a year-long tournament where the top competitors walk away with over $500 in prizes. Tune in every week to see how our contestants do on The Geek Bracket!