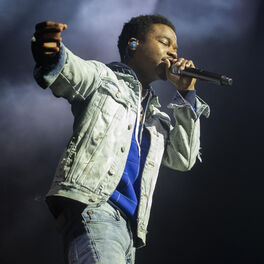 Please Excuse Me For Being Antisocial

As Mais Bombadas Do TVZ

Rodrick Moore, who goes by the name Roddy Ricch, is an American hip-hop performer from Compton, just south of Los Angeles, California. He began performing as a youngster and in 2017 released a mixtape titled 'Feed Tha Streets' followed by an EP titled 'Be 4 That Fame'. A second mixtape, 'Feed Tha Streets II' (2018), went to number 36 on Billboard's Top R&B/Hip-Hop Albums Chart and number 68 on the Billboard 200. The track 'How It Is' with Chip and Yxng Bane went to number 18 on the UK Singles Chart when it came out in March 2019.