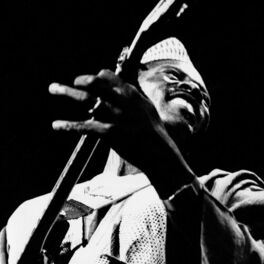 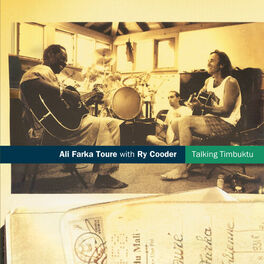 In the Heart of the Moon

They Will Have to Kill Us First: Original Soundtrack

Feel Like Going Home - A Film By Martin Scorsese

Feel Like Going Home - A Film By Martin Scorsese

A master of Malian traditional music with the spirit of the great American bluesmen running through his veins, Ali Farka Toure was a world music legend who earned the nickname "the African John Lee Hooker". Born on the banks of the River Niger in a small village called Kanau in North Mali, he built his first single-stringed "djerkel" guitar as a 12-year-old, before Mali's independence in 1960 led to a government policy promoting the arts and allowing Toure to work with a 117-person troupe representing the Niafunke region. As his reputation grew, he left behind his life as a poor, nomadic farmer and represented his country at festivals all over the world. He discovered the music of Albert King, James Brown and Otis Redding and soaked up their styles as the western world started to take note of acclaimed album Ali Farka Toure (1988). Talking Timbuktu (1994), his collaboration with Ry Cooder, won the Grammy Award for Best World Music Album, after which he returned to his musical roots on Nianfunkee (1999), before becoming mayor of his home town and winning his second Grammy with In The Heart of the Moon (2005). Toure died in 2006 from cancer, but albums Savane (2006) and Ali And Toumani (2010) were released posthumously and he remains one of the most significant figures in African Music.