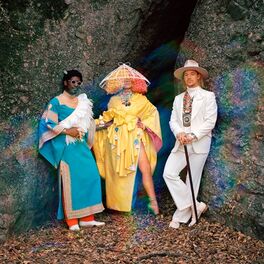 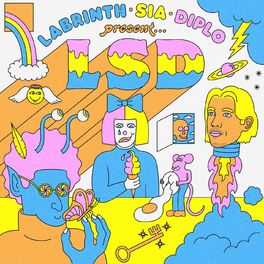 Supergroup LSD consists of British singer, rapper and songwriter Labrinth, Australian singer-songwriter Sia and America DJ and producer Diplo, whose initials all make the group's name. All three members had successful music careers with multi-platinum record sales when they joined together in 2018. Their debut single 'Genius' reached gold sales in Australia, Canada and America, featuring in the charts in several other countries in addition to these. 'Audio' was released next in 2018 followed by their third single 'Thunderclouds' which peaked highest in the French Singles Chart at number three. A fourth single, 'Mountains', was also released in 2018.

LSD's debut album 'Labrinth, Sia & Diplo Present... LSD' which contains all of these tracks was released in 2019, reaching the top 20 in The Netherlands and Sweden's Albums Chart. A Lil Wayne remix of their debut single 'Genius' was released in 2019, along with the singles 'No New Friends' and 'Heaven Can Wait'.