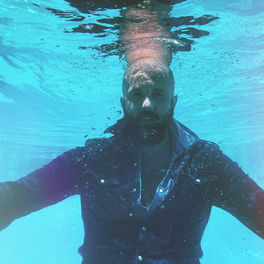 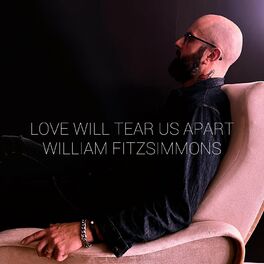 Love Will Tear Us Apart

No Promises: The Astronauts Return

Gold In the Shadow

The Sparrow and the Crow

Until When We Are Ghosts

Where Are You Christmas?

Gold in the Shadow (Deluxe Version)

100 Most Relaxing Songs Ever

This Time of the Year: Holiday Instrumentals

From Cover to Cover: 30 Years at Nettwerk

Known for his confessional approach to songwriting and his eclectic melange of indie folk and electronica, William Fitzsimmons is an Illinois-based American singer-songwriter whose work has been extensively featured on prime time TV series and garnered comparisons to contemporary folk acts such as Iron & Wine, Sufjan Stevens, and Elliott Smith. Born in 1978 in Pittsburgh to two blind musicians, William Fitzsimmons started playing piano and trombone in elementary before teaching himself how to play guitar during junior high school. Eventually, he got to master the banjo, the melodica, the ukulele, and the mandolin. After completing a master’s degree in counselling at Geneva College, William Fitzsimmons began laying down tracks using home recording equipment, most of which were featured on his 2005 debut Until When We Are Ghosts. As Fitzsimmons kept growing a modest online following, his songs went on to appear on TV series such as Private Practice, Brothers & Sisters, and Teen Wolf. Throughout the next couple of years, William Fitzsimmons explored the subject of divorce in the albums Goodnight (2006) and The Sparrow and the Crow (2008) and released a collection of remixes of his past work on 2010’s Derivatives, which featured a cover of Katy Perry’s “I Kissed a Girl.” Follow-up albums Gold in the Shadow (2011), Lions (2014), Pittsburgh (2015), and Charleroi: Pittsburgh, Vol. 2 (2016) all continued in the same line as their predecessors, touching on personal and family issues through the singer’s unique songwriting voice. The live album William Fitzsimmons Live came out in 2017 and was followed by Mission Bell in 2018.