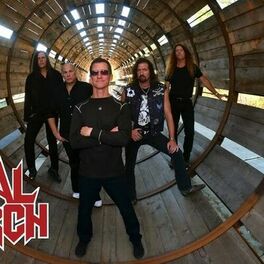 Damned If You Do

Dead on the Vine

In their late 1980s heyday, Metal Church were the archetypal new wave heavy metal band with a sound defined by screaming, high-pitched vocals and bludgeoning guitar riffs executed to perfection by a tightly rehearsed band. They got their recording career off the ground with their self-titled debut album which sold 70,000 copies and was well received by music critics.

The band's first album with Elektra Records was 'The Dark', which became a commercial success remaining in the Billboard Charts for 23 weeks, helped in no small way by the video which accompanied the single 'Watch the Children Pray' which was promoted heavily on MTV. They continued to record but by the time they released their fifth album 'Hanging in the Balance' the spark seemed to have gone and they split up two years later citing bad management and poor record sales. The band reinvented themselves on two occasions and have been through numerous line-up changes but still continue to record and perform.

'XI' became their eleventh album which they released in 2016 as their comeback after another break. Their first album in nearly 30 years to enter into the Billboard 200, 'XI' garnered positive critic reviews and the band went out on tour. 2018 saw the released of their 12th album, 'Damned If You Do' along with the revelation that Metal Church would be taking part in Megadeth's 2019 Megacruise.