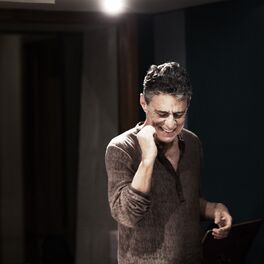 Brazil could be a dangerous place in the 1960s, especially for intellectuals and dissidents. Singer, guitarist, composer, writer, playright and poet Chico Buarque ticked all the undesirable boxes as far as Brazil's military dictatorship was concerned and his work became a target for their interest which eventually led to him serving a short jail sentence. He left the country in 1970 to live in Italy for 18 months and upon his return Buarque recorded the song 'Apesar de Você' ('In Spite of You'), a thinly-veiled protest song which upon release was somehow overlooked by the miltary censors. It sold more than 100,000 copies becoming an anthem for those supporting democracy and eventually the authorities banned it. The ensuing furore caused censors to ban all Buarque's work forcing the artist to write under the pseudonym 'Julinho da Adelaide'. Following the dismantling of Brazil's miltary dictatorship in 1985 Buarque continued to provide a running social commentary communicated through his songs, books and plays. Latterly Buarque has concentrated on his work as an author although he continues to make occasional appearances as singer/guitarist.