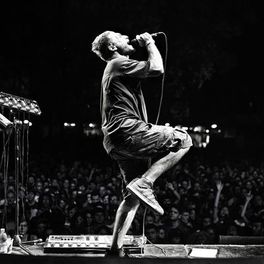 Live in the Street

There with Me (Remix)

Dub FX is the stage name of Benjamin Stanford, a well known and well-travelled street performer from Melbourne, Australia. Born in 1983, Stanford's aspirations to become a performer began when he joined local band Twitch as a vocalist. After releasing album 'Exeunt Omnes', Stanford left the band and relocated to Italy and began his career as a soloist.

His trademark style relies heavily on live looping, using effects pedals combined with his voice which are interwoven with intricate drum & bass patterns. After meeting the street performer Flower Fairy in Manchester, England, Stanford struck up a relationship with her, eventually becoming engaged and the two perform music together at gigs. Stanford promotes his work almost entirely through social media, offering free samples of his music and is a founder of a co-operative label called Convoyunltd. As well as promoting Dub FX, the label also acts as a promotional vehicle for the work of Flower Fairy, sax player Mr. Woodnote and the Melbourne based DJ Sirius.