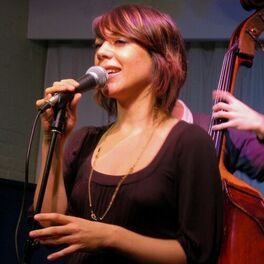 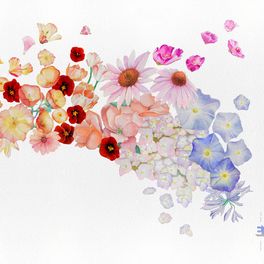 The Lost and Found

A World of Happiness

When It All Comes Down

The Thought Of You

by Marcel Camargo, The Brazil You Never Heard

Jazz vocalist Gretchen Parlato – born February 11, 1976 – comes from a musical family. Her father Dave Parlato was best-known for playing bass for Frank Zappa but also worked with Barbra Streisand, Al Jarreau, Buddy Rich, Henry Mancini, Don Ellis, Paul Horn, and many others. Her grandfather, Charlie Parlato, played trumpet for the Kay Kyser Big Band, Tennessee Ernie Ford, and Lawrence Welk. Inspired by bossa-nova, Gretchen Parlato was moved to pursue a career in jazz. She attended Los Angeles County High School for the Arts, then studied at the University of California, Los Angeles, where she earned a degree in Ethnomusicology/Jazz Studies. In 2001, she was the first vocalist ever accepted into the Thelonious Monk Institute of Jazz Performance – her judges included Herbie Hancock, Terence Blanchard, and Wayne Shorter. In 2004, she won first place in the Thelonious Monk International Jazz Vocals Competition at the Kennedy Center in Washington, DC. Parlato released her first self-titled album in 2005. She signed a contract with ObliqSound in 2008, releasing her first album with the label, In a Dream, in 2009. The album was a critical success and voted best jazz vocal album in the Jazz Critics Poll that year. Her third album, The Lost and Found, was released in 2011. It earned her many awards including Best Vocal Album in the NPR Jazz Critics Poll, Best Female Vocalist in JazzTimes’ Expanded Critics Poll, the ASCAP Award of Merit for Songwriting, and the Best Female Vocalist Award by the Jazz Journalists Association. She followed that album in 2013 with Live in NYC. In 2016, she released the album  Tillery with Becca Stevens and Rebecca Martin. Gretchen Parlato has also appeared as a guest vocalist on albums by Esperanza Spalding, Kenny Barron, Marcus Miller, Terence Blanchard, The Sugarplastic, and many others.