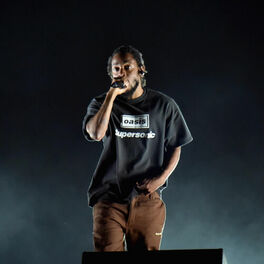 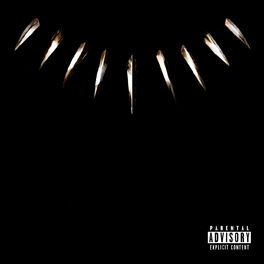 To Pimp A Butterfly

by The Weeknd, Kendrick Lamar

Raised in Compton, Los Angeles, Kendrick Lamar took inspiration from the legendary gangsta rap stars who originated from his tough neighbourhood, such as Ice Cube, Tupac Shakur and Eazy-E, and crafted a style that talked about the harsh realities of his upbringing with an honest lack of machismo. Originally calling himself K-Dot, he was made to freestyle for two hours at his audition for Top Dawg Entertainment because label bosses couldn't believe that a 16-year-old could come up with such talented rhymes. Eventually they believed and signed him up, and his reputation grew with mixtapes Training Day (2005), C4 (2009) and Overly Dedicated (2010), before a video of him taking on Charles Hamilton in an impromptu freestyle rap battle set the hip hop community on alert. He featured on tracks by Game and formed the collective Black Hippy with Jay Rock, Ab-Soul and Schoolboy Q, before debut album Section.80 (2011) took on themes of racism, politics and gang crime. Produced by Dr Dre, follow-up Good Kid, M.A.A.D. City (2012) proved his big commercial breakthrough, reaching Number 2 in the US charts and producing the Top 20 single Swimming Pools (Drank). Marked as one of rap's biggest young talents, Kendrick has also worked with Dido, ASAP Rocky, LL Cool J and 50 Cent. Artist biography compiled by BDS/West 10. All rights reserved