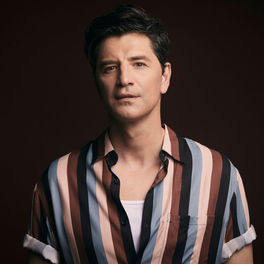 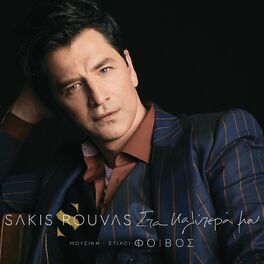 This Is My Live (Live)

This Is Our Night

Greek singer Sakis Rouvas started out as a promising athlete in his teens. Realising he had talent in music, at the age of 19 he signed a record deal with PolyGram Records. His self-titled debut album topped the Greek Albums Chart. He followed this with 'Min Andistekese' in 1992, 'Gia Sena' in 1993 and 'Aima, Dakrya & Idrotas' in 1994. With four albums in quick succession, Sakis was called up for military service.

Returning home, Sakis released his fifth album 'Tora Arhizoun Ta Dyskola'. This was his last release on PolyGram before moving to Minos EMI. 'Kati Apo Mena' was released in 1998 followed by '21os Akatallilos' in 2000, reaching number one in the Greek Albums Chart. In 2001 he moved to Universal Music France and collaborated with Desmond Child and Phoebus on 'Disco Girl'. The song expanded his horizons worldwide, even earning him an Arion Music Award for Pop Singer of the Year. On the back of this success he released his eighth album, 'Ola Kala' in 2002 and his ninth, 'To Hrono Stamatao' in 2003.

In 2004 Sakis was revealed as the Greek representative in that year's Eurovision Song Contest. Although only finishing 16th out of 24 contestants, the international exposure provided Sakis with great exposure. His tenth album, 'S'eho Erotefthi', was released in 2005. The following year he hosted the Eurovision Song Contest which was held in Athens as Greece had won the year before. He won Best Video By a Male Artist for 'Na M' Agapas' and Best-Dressed Artist in a Video for 'Mila Tis' at the 2006 MAD Video Music Awards and branched off into a career in acting; his debut film role was in 'Alter Ego' in 2006. He continued with his music however, releasing his eleventh album, 'Iparhi Agapi Edo' later the same year.

In 2009 he made his second attempt at Eurovision, finishing in eighth position in the final. He performed at the Panathenaic Stadium in Athens to the largest crowd in history for a Greek musical artist. He became the host of the Greek 'X Factor' and teamed up with Tamta on her single 'Tharros I Alitheia'. His 13th album, 'Parafora', followed in 2010. He then tried his hand in the business world, launching a film production company and a fashion enterprise. He starred in Athina Tsaggari's film 'Chevalier' which won the Best Foreign Language award at the Academy Awards in 2016.