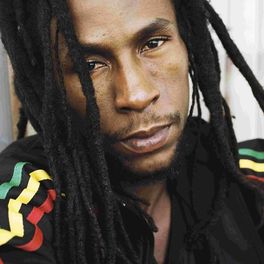 Dub Side of Jah Cure

Siccature Alcock, who goes by the name Jah Cure, is a Jamaican reggae artist who began recording in 1997 with the domestic hit single 'King in This Jungle' with Sizzla, but his career was interrupted when he was sentenced to eight years in prison for charges including robbery and rape. He recorded three albums including 'Free Jah's Cure: The Album, the Truth' (2000) and several singles while incarcerated. After his release in 2007, an album titled 'True Reflections. A New Beginning' came out and went to number nine on Billboard's Reggae Albums Chart. 'The Universal Cure' (2009) reached number two and in 2011 he featured on Phyllisia's single 'I Love You' which placed at number 63 on Billboard's Hot R&B/Hip-Hop Songs Chart. 'The Cure' (2015) topped the Reggae Chart and was nominated for a Grammy Award as Best Reggae Album, 'World Cry' peaked at number seven and 'Masterpiece' (2016) placed at number 15. His 2018 schedule included appearances at venues in French Guiana, Abu Dhabi and Mauritius.