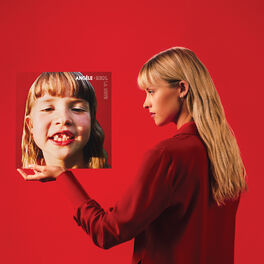 In the world of French and Belgian pop the young Belgian pop singer Angèle Van Laeken became the biggest breakout artist of 2018 when her single 'Tout Oublier' spent nine weeks at number one. The single features her brother Roméo, better known as the rapper Roméo Elvis and the siblings proved to be a winning combination when the single rocketed up the Belgian charts making it the surprise success of 2018. Van Laken comes from a family of well-known Belgian performers for her father is Serge Van Laken, better known as the singer-songwriter Marka, and her mother is the actor Laurence Bibot.

In her early teens Van Laken began posting material on Instagram often mixing singing with comedy elements. She released her debut single 'La Loi de Murphy' in 2017 which garnered millions of views on YouTube and reached the top five in the charts. In 2018, she released two further singles but it wasn't until the duet with her brother came out in the latter part of the year that her career really took off.

In 2019 her single 'Balance ton quoi' also topped the charts and was certified platinum in the process.