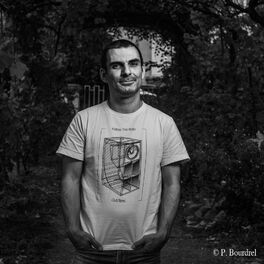 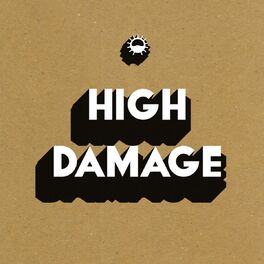 What You Gonna Do? (Dub Sessions)

With more than 12 albums behind him already, Martin Nathan ventures for almost 20 years now, into many artistic and stylistic experiments, under the name of Brain Damage. Alternately dark, atmospheric, aggressive or poetic, his universe seems to be constantly evolving, what may be the key to his project longevity. Acclaimed as one of the founders of the French dub scene, he presents, early in 1999, the first dub live-act of its kind in France, and quickly forges connections with some masters of the style in the UK (Zion Train, Alpha & Omega, The Disciples). 2002 and 2004, alongside bassist Raphaël Talis, he produces his two first albums on the mythical Parisian label Hammerbass, before joining Jarring Effects label in 2006 for a trilogy of three experimental and conceptual opuses, developed in collaboration with a host of international artists (Black Sifichi, Mark Stewart, Hakim Bey). He then openly breaks the codes and blows up the very boundaries of the style, where he was a bit hastily catalogued. After his sidekick left, 2011 marks the beginning of a new chapter, prompting into new directions the project that becomes more polymorphous than ever. Martin Nathan balances then collaborations (High Tone, Vibronics, Sir Jean) and his solo works, getting always closer to the roots of his favorite style. 2015 the realization in Jamaica, of the « Talk The Talk / Walk The Walk » project, featuring icons like Horace Andy, Willi Williams, Winston Mc Anuff, Kiddus I and Ras Michael seem to confirm it. 2017, the producer turns to the United States for an exceptional collaboration with Harrison Stafford, singer and charismatic leader of legendary band Groundation, determined to flout codes once again and to build bridges between styles and genres, sometimes confined in their own orthodoxy. Over the years, he has grown a solid reputation throughout the international scene, brilliantly cultivating a certain dichotomy between cerebral studio sessions and hundreds of live performances, always explosive. In France, in the light of his experience and ability to continually renew his art, Brain Damage appears now as the link between the scene he contributed to establishing more than 20 years ago, and the new activists of a more synthetic & frontal dub.