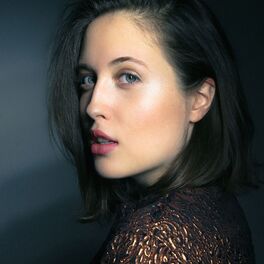 The Vision, the Sword and the Pyre, Pt. 1

Home Under The Sky

Goodbye (From The Voice Of Germany)

Home Under The Sky

With a well-travelled background and an eclectic jumble of influences, Alice Merton broke through with her infectious hit 'No Roots' in 2018, quickly marking herself out as an unassuming, mood-lifting, quirky, pop songwriter in the making.

Born in Frankfurt to a German mother and British father, her family moved around a lot while she was growing up, settling in London, Munich, Connecticut, Berlin and Oakville, Ontario. She was first introduced to music through her parents' classical music and opera records. Her father's job in the mining industry was the main reason for all the moves, but Merton struggled to make new friends each time and at 13 found herself enrolled in a school in Munich without being able to speak a word of German. A school songwriting class when she was 16 led to her writing her own songs on the guitar and later playing shows with her first band before she began studying a degree in composition at the Popakademie Baden-Wurttemberg in the city of Mannheim, south-west Germany in 2013. While there she gained her first songwriting credit when she penned tracks for German band Fahrenhaidt and after fellow student Paul Grauwinkel became her manager, the pair pooled their savings and formed record label Paper Plane in order to release her material.

Channeling the anxiety of her nomadic lifestyle in to song, she wrote 'No Roots' whilst on the beach in Bournemouth, and they first released the strutting, funky new-wave pop banger late in 2016. Driven by a jaunty bass line, choppy, guitar spikes and Merton's crystal cut vocals, the track was first championed by online music blogs and used in an advertising campaign for Vodafone in Europe, before topping the French Charts and reaching number two in Germany. Landing a deal with Mom + Pop Records in the US, she went on to win the Echo Music Prize for Best National Female Pop Artist in 2018, duet with Tom Odell on his track 'Half As Good As You' and tour across Europe and the US, before releasing her debut album 'Mint' early in 2019.