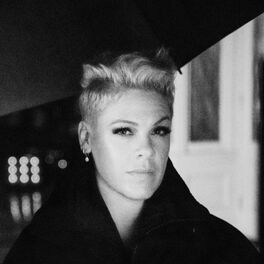 Hurts 2B Human (The Remixes)

Can We Pretend (The Remixes)

What About Us (The Remixes)

The Truth About Love

With a mix of Jewish-Catholic parents, family roots in Ireland, Germany and Lithuania, and a striking voice and commanding stage presence, Pink was one of the most colourful talents to emerge in the Noughties. Despite a childhood blighted by illness, she displayed an early talent for singing, performing in clubs from the age of 14 and she was only 16 when she joined the Atlanta-based R&B trio Choice. They were signed to LaFace Records but when they disbanded without releasing a record, Alecia Moore changed her name to Pink after a character in the movie Reservoir Dogs and embarked on a solo career. Her debut album Can't Take Me Home - part-produced by Babyface - was released in 2000 and sold 5 million copies. A string of hits followed, including a collaboration with Christina Aguilera and Lil' Kim on Lady Marmalade, and Pink proved herself a formidable songwriter on a string of powerful albums. Artist biography compiled by BDS/West 10. All rights reserved