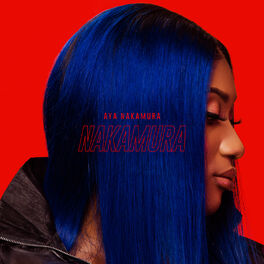 Aya Nakamura is a pop singer born in Mali under the name Aya Danioko, raised in France in a musical family. She produced the song 'Brisé' which garnered much attention on YouTube. She featured with rapper Fababy on 'Love d'un Voyou', which hit the French chart in 2015, with Abou Debeing on 'Sorry' (2016), with Fally Ipupa on 'Bad Boy' and with Dadja on Naza's 'Moi Je Vérifie' in 2017 and on DJ Erise's 'Pourquoi tu Forces' and Tour 2 Garde's 'Comme ci Comme ça' in 2018.

Her 2017 debut album 'Journal Intime' reached number six in France and 'Nakamura' (2018) peaked at number three. The album features the track 'Djadja' which topped the charts in France and other nations in Europe. Her 2019 schedule included appearances at venues in Paris, Marseilles and other French cities and in Brussels, Belgium.