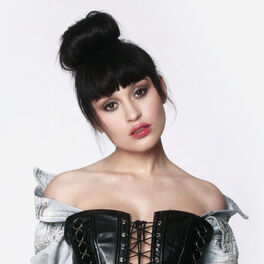 On Repeat by Emilia

Poem (DJ Andi vs. The Motans)

Born and raised in the Republic of Moldova, Irina started singing ever since she was a child.Her debut single, “Visele”, climbed it’s way up to #1 in all mainstream tops in Romania. Moreover, the track kept its #1 position for months, thus becoming the anthem of that summer. With over 14 million views on Youtube and a place in the Top10 MediaForest Chart in 2016, “Visele” was a steppingstone in the artist’s career. Irina Rimes is also the first artist in Romania to write a musical trilogy: “Iubiri Secrete”, being released in 2016. Besides writing and performing her own songs, the artist also writes for other well-known artists in Romania such as INNA, Antonia and Andra. In 2017, she released her first album, “Despre El” featuring 10 tracks that were further finalised with a short film. The tracks that make up the short picture are: “Bandana” feat. KillaFonic, “Bolnavi Amandoi”, “Cosmos”, “Octombrie Rosu” and “Eroii Pieselor Noastre”. 2018 marks Irina’s debut as a judge on the Voice Romania, as well as the release of her second album “Cosmos”, a mix of 12 tracks released as a book-album consisting of more than just the CD. The book also presents a collection of poems written by no other than the artist herself accompanied by a series of exclusive artist snapshots. In 2020 Irina showed another side of her, releasing her first pop-trap album - PASTILA.