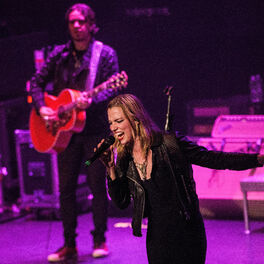 Into the Wild Live: Chicago

Into The Wild Life (Deluxe)

Halestorm in the Live Room

The Strange Case of... (Deluxe)

The Strange Case of...

Pennsylvania hard rock group Halestorm, featuring Lzzy Hale and her brother Arejay, epitomise the image of a hardworking grass roots band. Their punishing tour schedule takes them across the United States and beyond; with them often playing in excess of 250 shows per year they quickly became the ubiquitous opening act for major hard rock bands such as Papa Roach, Alter Bridge, Seether and Disturbed. In 2013 their talent as a major act in their own right was recognised by the music industry in the form of a Grammy Award for their hit single 'Love Bites (So Do I)'. Over the years the band's style and sound has matured and evolved and Lzzy Hale is now one of the best known female vocalists in the hard rock genre.

In 2014 they covered Dio's 'Straight Through the Heart' on an album in tribute to Ronnie James Dio and released brand new original track 'The Heartbreaker'. 'Into the Wild Life' followed in 2015 with covers album 'Reanimate 3.0' in 2017 and 'Vicious' in 2018.