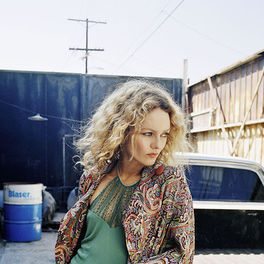 Child starlet who became a French icon, Vanessa Paradis was raised in the suburbs of Paris. She first came to attention as an eight-year-old contestant on TV talent show 'L'ecole des Fans' and released her first single 'La Magie Des Surprise-Parties' two years later. Her big breakthrough came in 1987 with the huge hit 'Joe Le Taxi' which spent eleven weeks at number one in France and reached number three in the UK, followed by album 'M&J' (1988).

She worked with Serge Gainsbourg on 'Variations Sur Le T'aime' (1990) which included a cover of Lou Reed's 'Walk On the Wild Side' before collaborating with then boyfriend Lenny Kravitz, who produced her self-titled third album and the single 'Be My Baby' which reached number six in the UK in 1992. Her hushed vocals and elegant innocence have made Paradis every inch the classic French chanteuse and she went on to model for Chanel and act in a series of European films.

Her fifth album 'Divinidylle', released in 2007, won her the Best Pop Album gong at the Victoire de la Musique awards and she embarked on a tour of Europe. She starred in Jean-Marc Vallée's film 'Café de Flore' for which she won the Best Actress award at both Genie and Jutra Awards. 'Love Songs' was released in 2013 followed by the singles 'Les Espaces et les Sentiments' and 'Mi Amor'. Her seventh album 'Les Sources' was released in 2018.