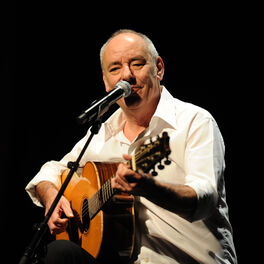 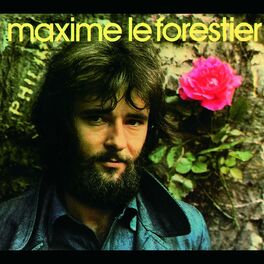 Maxime Le Forestier emerged as a protest singer in the aftermath of the 1968 student protests in France. Trained in the classical violin as a child, he heard Georges Brassens and was inspired to take up the guitar as a teenager. He played in Paris cafés often singing with his sister Catherine.

During his military service in a parachute regiment in 1969, he continued to make music and released his debut single 'Coeur de Pierre, Face de Lune'. After his military service he lived in Marseille and then moved to a hippie commune in San Francisco. Returning to France in 1971 he released his Bob Dylan-influenced debut album 'Mon Frere'. This contained some of his most iconic songs such as 'San Francisco' describing his time staying in the 'blue house' among San Francisco's hippie community, 'L'Education Sentimentale', 'Comme un Arbre' and 'Parachutiste'. The album made him one of France's best-known counter culture acts and he earned a dedicated live following, valued for both his authenticity and his policy of never charging fans more than ten francs for a concert.

In 1975 he released 'Saltimbanque', a controversial album that was banned by several radio stations. After spending a year in Canada he recorded a more personal album 'N° 5', released in 1978. This album did not fare as well commercially and nor did the 1980 recording 'Les Rendez-vous Manques'. In 1988 Forestier achieved chart success with 'Ne Quelque Part', an anthem to racial equality, and played a series of sold-out shows at the Bataclan in Paris. His later albums include 1995's 'Passer Ma Route', on which he collaborated with acts as diverse as Vanessa Paradis and Bratsch. In 1996 he released '12 Nouvelles de Brassens', an album of Georges Brassens covers.

His 2000 album 'L'Echo des Etoiles' contained 'Les Chavaux Rebelles', a song written for Algerian singer Lounes Matoub, who was assassinated before he could record it.