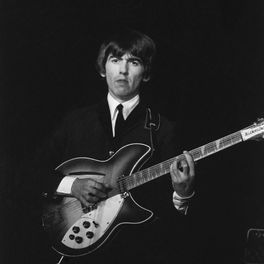 Living In The Material World (Remastered)

All Things Must Pass (Remastered 2014)

1971: The Year That Music Changed Everything

Celebration Day (Joy Of The Lord)

Dylan, Cash, and the Nashville Cats: A New Music City

Always known as "the quiet one", The Beatles' lead guitarist embraced his spirituality and liberally absorbed his love of Indian culture into his music. He launched his solo career with the 1970 triple solo album All Things Must Pass, which was an astonishing work reflecting the frustrations of being so heavily overshadowed by Lennon and McCartney in the Fab Four. Part-produced by Phil Spector, the album also featured My Sweet Lord, a Number 1 in both the UK and US, though he had to surrender his royalties after a court ruled he'd unintentionally plagiarized He's So Fine - an earlier hit by The Chiffons. Harrison also produced the Hare Krishna Mantra hit single and organized the 1971 Concert for Bangla Desh, featuring Bob Dylan, Ravi Shankar and many others. He continued to record sporadically, but diversified into movies, forming the production company HandMade Films. However, he was back in a band in 1988 with The Traveling Wilburys before returning to the charts as a solo artist with When We Was Fab, a nostalgic reflection on The Beatles. Harrison died of lung cancer in 2001. Artist biography compiled by BDS/West 10. All rights reserved