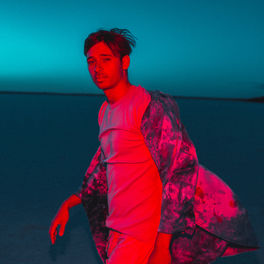 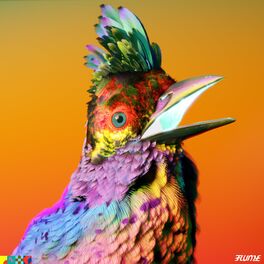 Hi This Is Flume (Mixtape)

Harley Edward Streten, who uses the stage name Flume, is an Australian DJ whose style on the synthesiser has been called "future bass" with many rhythmic and percussion influences. He started making music as a teenager in Sydney and his debut release 'Flume' went to number 12 on Billboard's Top Dance/Eletronic Albums Chart. He has remixed tracks by artists such as Arcade Fire, Disclosure, Lorde and Sam Smith and toured internationally with performances at festivals such as Lollapalooza in South America and Coachella in California.

His second studio album 'Skin' (2016) topped the Dance/Electronic Chart and reached number two on the Independent Albums Chart and number eight on the Billboard 200. 'Skin Companion EP I' went to number eleven on the Dance Chart and 'Skin Companion EP II' peaked at number eleven. He has had eleven tracks on the Hot Dance/Electronic Songs Chart with three in the top 20 in 2016: 'Never Be Like You' featuring Kai reached number three, 'Smoke & Retribution' featuring Vince Staples and Kucka got to number 18 and 'Some Minds' featuring Andrew Wyatt peaked at number 19.