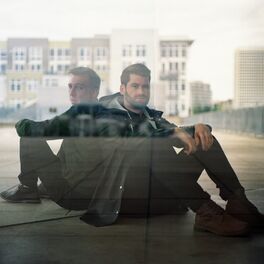 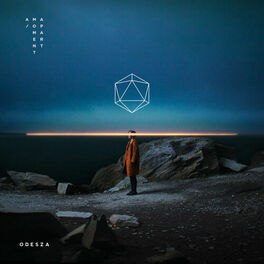 Across The Room Remixes

All We Need Remixes

Taking their inspiration from artists in the 2000s who were melding melodic riffs and sharp songwriting with colourful, dancefloor soundscapes, Seattle DJ duo Odesza quickly turned their warm, choral electro noodlings into opulent, stadium-filling EDM anthems and became one of the biggest dance acts in America.

Harrison Mills aka Catacombkid and Clayton Knight aka BeachesBeaches grew up experimenting with beat making on their laptops, but met while studying at West Washington University in 2012 and within a week were making music together and remixing their favourite artists. Seattle's music scene at the time was predominantly dominated by indie rock bands and acoustic songwriters and the duo were slight outsiders united by a mutual love of dance music and crossover acts such as Boards of Canada, LCD Soundsystem, Animal Collective and Flying Lotus. Using the Maschine software to create their free, self-released, debut album 'Summer's Gone', the pair saw their post-graduation months as their last opportunity to indulge in their hobby before moving on in their lives and launching careers.

Things quickly escalated and their first small West Coast tour turned into a hectic two years that saw them grow from an opening act for Beat Connection and DJ Pretty Lights, to playing festivals, notching up more than 30 million streams on SoundCloud and signing to label Ninja Tunes for second album 'In Return' in 2014. Often described as 'indietronica', their sound wandered from ambient, chill-out bliss to slow building, soulful acid house peaks and included live guitars and orchestral scores and their live shows grew into big cinematic productions with massive visual set pieces. Featuring collaborations with singers Regina Spektor, Leon Bridges and Kelsey Bulkin, their status as one of the hottest young acts on the US dance scene was confirmed when third album 'A Moment Apart' reached number three on the Billboard charts in 2017 and was nominated for two Grammy Awards, and they went on to play a landmark set before Eminem at Coachella Festival the following year. They also released a string of popular remix albums and had their track 'Loyal' used in high profile marketing campaigns for the iPhone and Apple Watch, and curated and launched their own festival Sundara in Riviera Maya, Mexico in 2018.