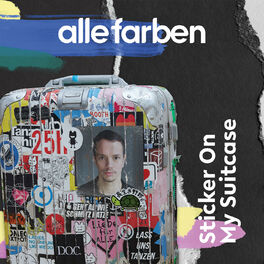 In the Shadows (Perttu & Lahos Remix)

by The Rasmus, Perttu, Lahos

He regularly performs in front of thousands of people, has been awarded multiple gold and platinum records, songs that he has contributed to are accumulating millions of streams on Spotify – now the young musician and producer Lahos has signed a major record deal with Columbia Records. His first own release via the Sony music label is already set for September 6th: “Mr. Moving On” is the much anticipated track, featuring a strong hook and an innovative arrangement by the young Berliner-by-choice. The single is a more than promising kick-off to an entire series of releases which are planned for this and next year.Lahos has also already gathered experience playing solo shows – “Mr. Moving On” celebrated its live premiere at this year’s Parookaville and Electrisize festivals in July and August. “I spent one and a half years in the studio, working hard on this song,” he recently explained in a Facebook post. “I can’t wait to finally show you the song, and I’m damn excited.” Lahos was born and raised in Germany’s Rhineland. His first release was in 2014, when the young musician – who refers to himself as an “electro musician with live trumpet” – contributed to the MYNGA remix of Claptone’s track “No Eyes”. More collaborations and contributions followed, including songs and remixes by Hugel, Nico & Vinz, Alvaro Soler, Tresor, Kranium feat. Ty Dolla Sign, Claptone, Dyton, and KlangTherapeuten. He also landed his biggest musical coup so far in 2014, when he contributed the trumpet parts to the OMI/Felix Jaehn world hit “Cheerleader”. The song hit #1 of the charts in the USA, Great Britain, Sweden, Germany, Austria, and Switzerland, it accumulated over 970 million streams to date, and collected fifty platinum awards. Lahos furthermore left his musical mark on Alle Farben’s hits “Bad Ideas”, “Little Hollywood”, “Only Thing We Know”, and “Fading”. As a member of the Alle Farben live band, he finds himself constantly touring across Europe, where he performs in front of tens of thousands of people.