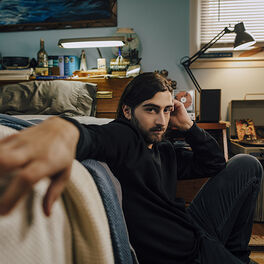 Indie on the beach

In two short years, music quite literally carried 22-year-old singer, songwriter and artist Noah Kahan around the world—a long way from his native Strafford, VT (pop. 1,045) and the 133-acre tree farm where he resides. On the trip, the alternative troubadour notched an international hit in the form of “Hurt Somebody” [feat. Julia Michaels], which tallied 200 million-plus streams in the span of a year, went triple-platinum in Australia and gold in six other countries, and was the third most played song on Australian Top 40 radio in all of 2018. Additionally, he performed the single on Late Night with Stephen Colbert during his late-night television debut. As Noah steadily averaged over 5 million-plus monthly listeners on Spotify, his songs “Young Blood” and “False Confidence” also racked up millions of streams and he sold out headline tours in North America, Europe, and the UK and hit the road with artists like George Ezra and Leon Bridges. Not to mention, he has garnered critical acclaim from Billboard, Stereogum, Clash, Idolator, and more. In the midst of this whirlwind, he assembled his upcoming full-length debut album. The first single “Mess” illuminates his marked growth as a songwriter and storyteller by way of its biting lyrics and undeniable sing-a-long, underscoring a heartwarming and often hilarious portrait of hometown longing.