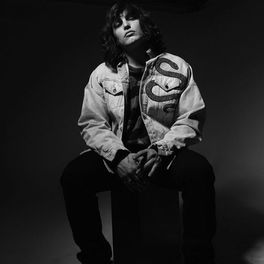 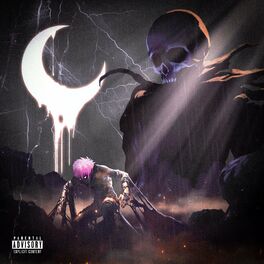 by Novo Wy, Clever, Will Scott

Turn out the light

could you tell me if I'm losing my mind?

Take All The Pain (feat. Clever)

When I Get Home

You may not be able to explain mystique, but you know it when you see it—or hear it. Hailing from rural Alabama, Clever materializes with skyscraping spectral melodies, woozy rhymes, untouchable charisma, and unexplainable mystique. If a Tim Burton character hopped off screen and made hip-hop, it might sound like this, shuddering with emotion, teeming with seduction, and jarring with attitude. After posting up 100 million-plus streams, appearing on tracks with everyone from Justin Bieber to the late Juice WRLD, and receiving acclaim from the likes of HotNewHipHop who christened him, “The music industry’s best-kept secret,” he spins his very own myth on his full-length debut album, Crazy [Grade A./Posty Co./Republic Records]. “My music is meant to be personal, but beautiful at the same time,” he explains. “I’m aiming for a provocative, sultry, and sexy vibe. It’s melodic hip-hop, but there’s some trap soul in there. I just want to keep this angelic kind of darkness.” Growing up the middle child with two brothers, he started to pen poetry at just 11-years-old. Eventually, he recorded himself on cassette tapes with a karaoke machine inspired by everyone from JAY-Z to Led Zeppelin and Queen. He developed his verbal chops by bodying opponents in one freestyle battle after another until eventually ending up on-air in Birmingham, AL where his mic prowess blasted over the airwaves. He even emerged as a “Freestyle Friday” champion on BET’s 106 & Park and participated in the BET Spring Bling Freestyle Battle. He turned down a baseball scholarship and focused on music, even hosting his own radio show. However, he couldn’t stay away from “a lot of trouble” and wound up in jail. “I lost the job when I went away,” he sighs. “I was just young and dumb. I had to learn.” Upon returning home, he made waves behind-the-scenes as a songwriter. Traveling back and forth to L.A., he wrote and appeared on Snoop Dogg’s “Payday” in 2014. However, his talents exceeded hip-hop as he penned music alongside none other than mega-songwriter David Foster and even wrote for Haim Saban. In 2018, he dropped his solo single “When Only You Will Do” [feat. Droc]. It gained early support from WorldStarHipHop. “I couldn’t believe it, because I’m a white kid from Alabama with big fluffy hair and an accent with a little twang to it,” he laughs. The song also caught the attention of Juice WRLD. Upon their first meeting, he recalls, “Juice pulled up and started quoting my lyrics to me, and then he sped off through Beverly Hills on a dirt bike! The next six months were incredible with him.” At this point, Grade A Productions got behind Clever as well. He appeared on “Ring Ring” with RVSSIAN from Juice WRLD’s chart-topping gold-certified debut, Death Race for Love, which bowed at #1 on the Billboard Top 200. In its wake, he unleashed the mixtape Who Is Clever. The standout “Stick By My Side” [feat. NLE Choppa] racked up 22 million Spotify streams and turned Post Malone into a fan, leading to an eventual deal with the superstar’s label Posty Co. Kicking off 2020, he featured on Justin Bieber’s “Forever” alongside Post, marking his second appearance on a #1 album in six months. However, he focused his attention on assembling what would become Crazy. Paying homage to Juice WRLD with various easter eggs (Iisten, watch, and read closely), it also syncs up with an unnamed movie. “This is an introduction to me lyrically, melodically, and rhythmically,” he says. “It’s unpredictable, but I’m explaining who I am. I tried to create an album to show my versatility and hit on every kind of style. There are a lot of hidden messages I want you to try to uncover.” He sets the tone with the first single “Rolls Royce Umbrella” [feat. Chris Brown]. Somber piano bleeds into skittering 808s as he flexes his dynamic vocal range highlighted by deep inflection and dark hues before Breezy rolls through with a stunning cameo. “It’s a rags-to-riches story,” he says. “I’m talking about how far I’ve come. It’s a concept we all can get behind. At the same time, it says, ‘Being rich and famous is not everything’. Even though money can’t buy happiness, I’d rather cry in a Rolls Royce. I was poor, but now I’m poured up!” Then, there’s the “Life’s A Mess (Remix)” featuring Juice WRLD and Post Malone. Over dreamy production, these three singular voices circle like wounded sharks around a heartbreaking hook, “Ugh, sometimes life’s a mess. I get high when I’m upset.” “It speaks on relationships, when love just doesn’t click,” he goes on. “I stayed on this concept. I’m newcomer, so I was doing everything I could to stand out between these two giants.” Speaking of giants, he mixes it up with Lil Wayne on the piano-driven “Call Me Nobody” and leans into a hypnotic and hard-hitting harmony on “Skittles” [feat. Lil Baby] as he confronts a broken system head-on. “I’ve got a record, had my run-ins with police, done my time, and spent four years on probation,” he sighs. “A lot of people, especially of my color, are unaware of profiling. On the song, I want to convince everyone this is a real issue, and it needs to be heard.” In the end, the mystery of Clever is just starting to captivate. “When you hear me, I want you to ask, ‘What the fuck was that?’,” he leaves off. “I hope it’s an experience from start-to-finish. Maybe you cry, laugh, get pissed off, and feel better. You’re going to get crazy concepts. I’m not just writing about love—I’m writing about life and Rolls Royce Umbrellas,” he grins.