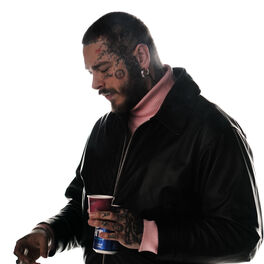 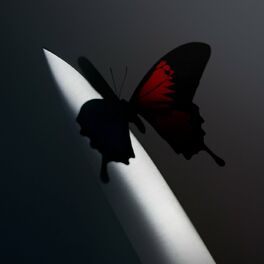 Only Wanna Be With You (Pokémon 25 Version)

Writing on the Wall (feat. Post Malone, Cardi B & Rvssian)

Born in Syracuse, New York, Austin Post moved to Grapevine, Texas at the age of nine and grew up absorbing his father's eclectic record collection which included Bob Dylan, Johnny Cash and Merle Haggard, playing out his rock star dreams on the video game 'Guitar Hero'. He turned to a real guitar when he was 16 and began teaching himself to play with the help of online tutorial videos. He moved on to community college and worked shifts at a fast food chain, but when his friend Jason Probst found success with a YouTube gaming channel and moved to Los Angeles, Post followed him to begin his musical career.

Living in Probst's San Fernando mansion, he turned his bedroom into a studio while tirelessly working on writing songs, developing his guitar and rap skills and making his own beats. Taking his moniker from a hip-hop name generator, he developed quickly from making mixtapes to playing in hardcore bands and appearing in Probst's videos. After working with producers FKi and Rex Kudo he came up with his debut single. Two days after recording it, he uploaded 'White Iverson' to SoundCloud and received a huge response, including millions of plays and praise from Wiz Khalifa and Mac Miller.

A deal with Republic Records followed and the single reached number 14 in the US charts, and after playing at Kylie Jenner's 18th birthday party, Post featured on Kanye West's single 'Fade' and became the opening act on Justin Bieber's 'Purpose' World Tour in 2016. His debut album 'Stoney' experimented in genres such as country, electronica, pop and hip-hop and his single 'Congratulations' made the US top ten. He scored his first number one single with the trap-inspired 'Rockstar' at the end of 2017 and returned the following year with second album 'Beerbongs & Bentleys' featuring appearances from Nicki Minaj, Ty Dolla $ign and G-Eazy.

In 2018, he collaborated with Swae Lee on the track 'Sunflower' for the soundtrack of 'Spider-Man: Into the Spider-Verse'. The track went to number one on Billboard's Hot R&B/Hip-Hop Songs, Hot 100 and Rhythmic charts. 2019 saw the arrival of 'Goodbyes' featuring Young Thug and 'Circles' before the release of third studio album 'Hollywood's Bleeding' in September of the same year. The album hit number one on the Billboard 200 and the UK Albums Chart.