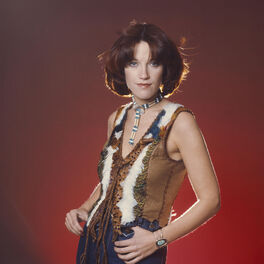 Rock Of The Westies

The Love Collection I

Although best known for her 1970s hit singles 'Amoureuse' and 'I've Got the Music in Me', not to mention her chart topping 'Don't Go Breaking My Heart' collaboration with Elton John, Kiki Dee's musical career began more than a decade earlier.

Born in the West Riding of Yorkshire, Dee began singing in the pubs and clubs around Bradford in the early '60s before becoming a session singer. Although highly regarded as a singer, success as a solo artist evaded her and she earned her living singing backing vocals for Dusty Springfield. During this period she became the first white British artist to be signed by Tamla Motown and released the album 'Great Expectations' on the label in 1970.

It wasn't until she signed a new deal with Elton John's Rocket Records that the long-anticipated solo success finally came with the release of 'Amoureuse' which reached number 13 in the UK Charts in 1973. The follow up 'I've Got the Music in Me' broke Dee into the US market reaching the Billboard number 12. A transatlantic number one followed with the release of 'Don't Go Breaking My Heart', a song written by Bernie Taupin and Elton John and originally destined as a duet between John and Dusty Springfield. Springfield was too ill to record and Dee was drafted in to perform the song. Dee's career went into hiatus after her success with Elton John and although she picked it up again in the 1980s she never repeated the commercial successes of the previous decade. She continued to record albums and had a brief flirtation with musical theatre receiving an Olivier Award nomination in 1989 for her role in 'Blood Brothers'. She released her 40th single, 'Sidesteppin' With a Soul Man', in 2013.