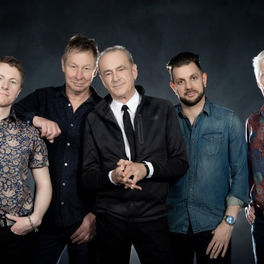 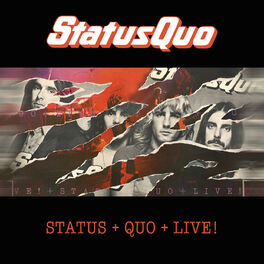 Rockin' All Over The World

Status Quo At Their Best

The Party Ain't over Yet

From their early days charting with the psychedelic single “Pictures of Matchstick Men” in 1967 to opening the 1985 Live Aid concert with “Rockin' All Over the World” to their fabled three chords that brought them a record 60+ UK hit singles, Status Quo are part of the fabric of British rock. Initially formed by London school friends Francis Rossi and Alan Lancaster, they were signed by Piccadilly Records in 1966, releasing two singles - “I (Who Have Nothing)” and “Hurdy Gurdy Man” - as The Spectres. Their breakthrough with “Pictures of Matchstick Men” - also a hit in the US - marked the arrival of Rick Parfitt, but when their subsequent psychedelic-sounding records flopped, they started wearing t-shirts and denim jeans and adopted the hard rock/boogie style which became their trademark. Their 1972 album Piledriver achieved strong sales on the back of constant touring and many classic Quo tracks emerged through the 1970s, including the UK chart-toppers “Down Down”, “Rockin' All Over the World” and “Whatever You Want”. They've subsequently gone on to sell over 118 million records and while the line-up changed, the front duo of Rossi and Parfitt remained to maintain the famous Quo good-time riff sound and they've continued to maintain an affectionate place in the hearts of European rock lovers. The original quartet of Francis Rossi, Rick Parfitt, Alan Lancaster, and John Coghlan reunited in in 2013 and 2014 for a series of live shows. Status Quo reconvened with their then-current line-up and picked up where they left off. Rick Parfitt, who had been experiencing health issues for several years, suffered a heart attack in early 2016 and had to retire from touring with the band. He died on December 24, 2016. After a three-year break, Status Quo released their 33rd studio album, BackBone, in 2019, the first not to feature Parfitt. Original bassist Alan Lancaster died on September 26, 2021.